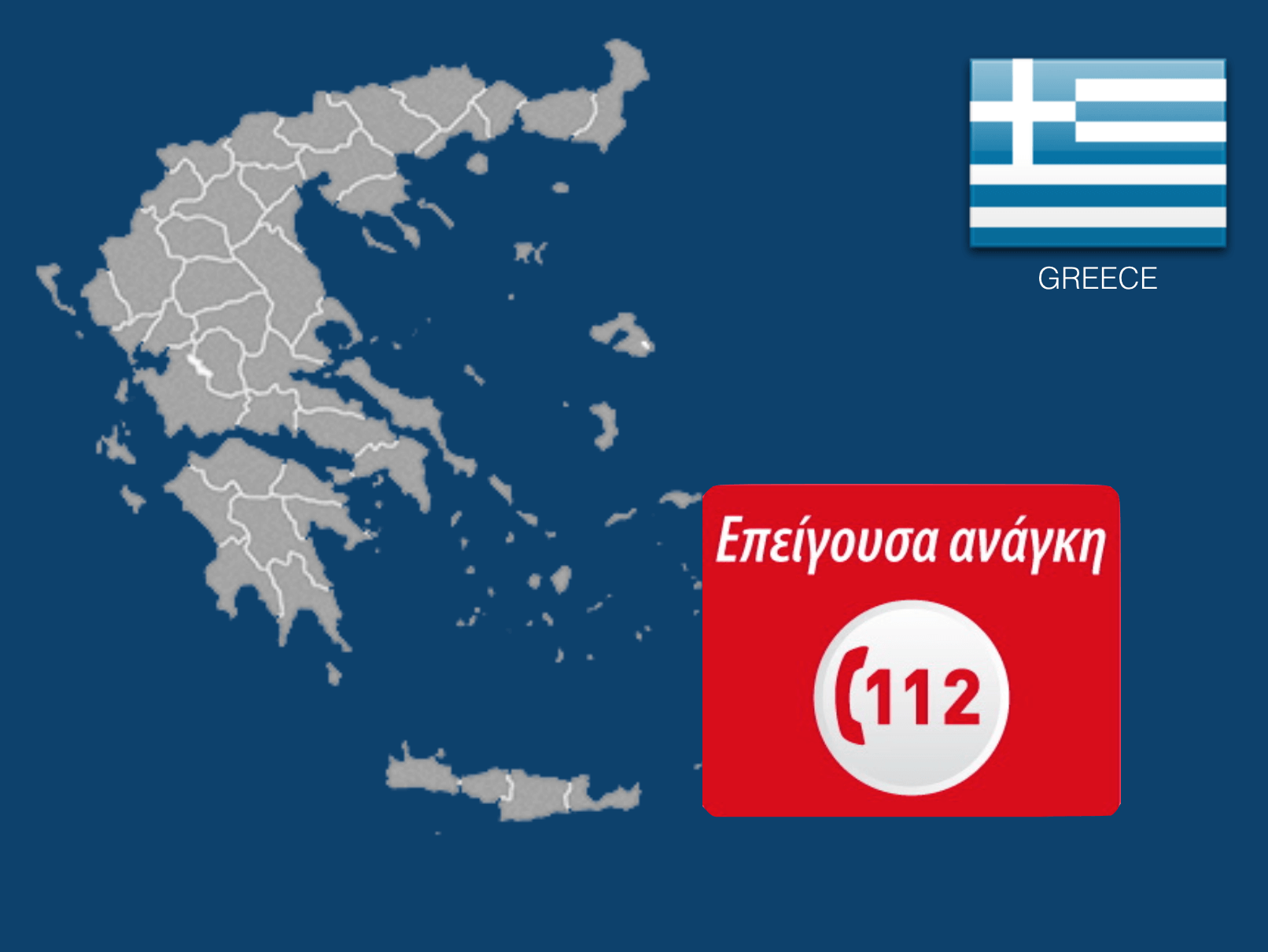 HOW CAN I CALL AN AMBULANCE IN GREECE?

HOW DO I CALL FOR HELP?

DIAL 112 TO CALL AN AMBULANCE IN GREECE

112 is a toll-free number that can be accessed from across the country. Dialing 166 is also still possible.

CAN I CALL FOR HELP ANYWHERE?

Central offices are in Athens with 11 other regional coordinating centers in major cities, covering over 95% of urban population

WHAT OTHER EMERGENCY NUMBERS CAN I CALL?

Yes, the former emergency access number in Greece 166 is still promoted by government agencies. According to the EKAB website:

WHAT ABOUT IN DISASTERS?

In disasters, 112 / 166 call centers are responsible for communication with other institutions, including the fire department, police department and military, and are coordinated through the Special Department of Medical Disasters (ETI).

ARE THE RESPONDERS TRAINED?
HOW WILL I BE TRANSPORTED?

Response and transport vehicles are delivered through a two-tier system using motorcycles and ground ambulances. In major cities, motorcycles are used to improve provision of rapid medical care, able to maneuver more quickly through traffic congestions and along narrow (ancient) city streets:

“The crew of the MICUs, motorcycles, and super-mini cars includes a medical doctor, together with two paramedics (one on motorcycle), whereas the BLS ambulance crew consists of only two paramedics (personnel who received two- year special training in prehospital care)” (Togia, 2008)

“Use of motorcycles seems to be more efficient in the context of a densely populated metropolis, as the response interval is significantly shorter. On the contrary, BLS ambulances need the longest time to arrive on-scene. However, BLS ambulances stay on-scene for a shorter interval, as, contrary to motorcycles, MICUs, and super-mini city cars, they are unable to provide advanced medical care.” (Togia, 2008)

In 2016, the first 90 of 167 BLS-equipped ambulances and 19 MICUs were delivered to EKAB central offices, as part of a multi-year tender, to be delivered to 8 of 13 regions. The EKAB administration had reportedly sped up the procurement process “in order to ensure the fuller provision of urgent pre-hospital care to the region which – especially at this time – is burdened by the emerging needs arising from refugee flows.” The funding was provided by the Stavros Niarchos Foundation through a grant for 14 million Euros awarded in April 2017 to allow “the procurement of 143 state-of-the-art ambulances as well as their full service and maintenance for a period of 8 years and the digital upgrade of its operations center.”

Three helicopter ambulances are owned by Ministry of Health and operated by Air Force (who have additional helicopters and airplanes). Over 95% of helicopter transports come from islands: “EKAB is the sole public organization responsible for all actions necessary to transport critical patients from all corners of the country to the appropriate definitive care facilities.” [Source: EKAB Presentation] However, funds to repair and maintain the helicopters ground them in 2016.

WHERE WILL I BE TRANSPORTED TO?
HOW WILL I PAY?

According to the US Centers for Disease Control and Prevention (CDC), different groups of travelers will require different vaccinations for travel in Greece:

This database is intended for people who want to know how to call an ambulance in different countries – a question we happen to be trying to answer ourselves every day.

Any data, links, reports, assessments, opinions or other pertinent information regarding the contents of these pages should always be double-checked with the source directly. If you’d like to contribute, we’d be very happy to have the help – please send us an email!

CONTRIBUTE TO THE DATABASE

NOTE: Trek Medics International assumes no responsibility or liability for the accuracy of the data posted here, nor for the professional ability, reputation of, or the
quality of services provided by the persons, entities and/or institutions included in our database. Inclusion on this list is in no way an endorsement by Trek Medics. The person contracting the service is responsible for payment (i.e. Trek Medics does not pay).