EMS in the Caribbean

Original print article in EMSWorld
May 2018 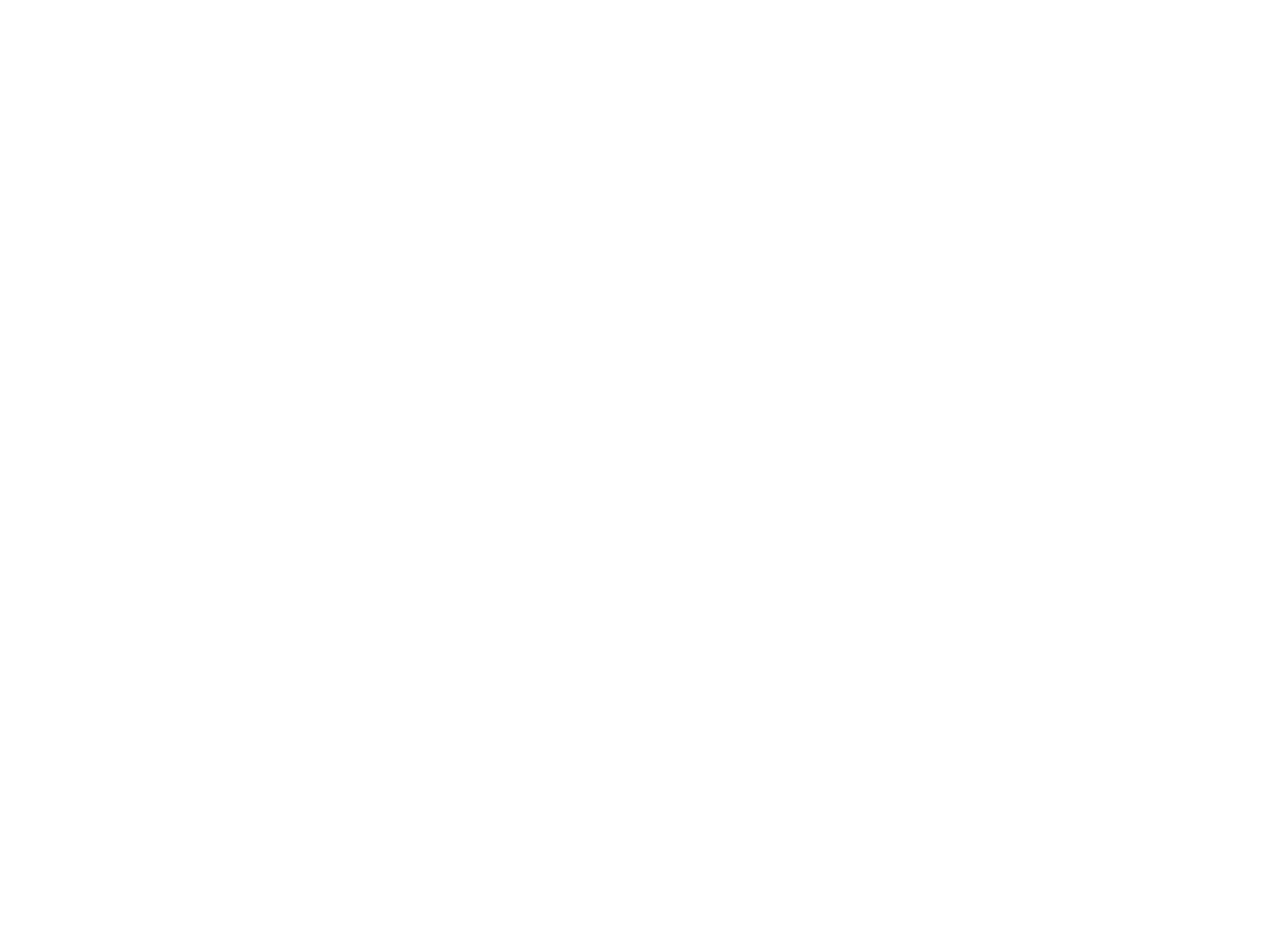 By many accounts the world’s first formal emergency call number was implemented in Britain in 1937 after an angry reader wrote to the Times of London complaining that five deaths in a recent fire could’ve been avoided if they hadn’t been put on hold by the telephone operator while trying to reach the fire department.

Over 80 years later, most of the world’s wealthiest nations offer their citizens a simple, universal, three-digit number to call in the event of an emergency. For the rest of the world, however, formal emergency communications systems have not spread as quickly, or penetrated as deeply, if they’ve arrived at all.

When you do find an emergency number like 9-1-1 in developing countries, it’s usually in the bigger cities or in a tourist destination. And what happens after you dial can result in any number of outcomes. In rural areas it’s pretty straightforward: you’ll likely have to arrange your own emergency transport, assuming you’re conscious and able to do so.

Thanks to the rapid proliferation of cell phones, global terrorism, international drug trafficking, and easy access to American media outlets and Hollywood movies, governments in developing nations are coming under increasing pressure to formalize their emergency services. Three neighboring Caribbean countries in particular—the Dominican Republic, Haiti, and Cuba—are currently working to improve the availability and quality of their emergency services, and the progress they’re making, in many respects, is emblematic of the roads their services are traveling on.

Since 2014, the Dominican Republic (DR) has been in the midst of a major government effort to improve access to emergency care and transport to a large portion of their population. The Dominican government relaunched their 9-1-1 system in May 2014, beginning in the capital of Santo Domingo (population 2.9 million) with support from a range of international partners.

The service has since spread to six of the country’s 31 provinces and the federal district, covering 58% of the total population according to government reports.1 Administered through the Office of the Presidency, the new 9-1-1 call centers offer access to round-the-clock police, fire and emergency medical services for anyone who calls from within communities included in the service’s jurisdictions.

According to recent official statistics, emergency personnel have responded to nearly 600,000 incidents through the end of 2017, including just under 70,000 road traffic incidents.2 The Dominican effort is comprehensive in its approach, seeking to incorporate access to police, fire and EMS wherever it’s rolled out, while also providing insights into the nuts and bolts of building an emergency system, ranging from budget battles about funding for vehicles, training or equipment, to policy debates about whether prank callers should be arrested (they are).

Along with their early successes the Dominican system still faces considerable challenges, not only in financing for the existing services, but also for continued expansion to larger areas of the country, with current plans underway to implement services in 38 more communities in 2018. And because it’s a decidedly government-run service, all responsibility for these questions will continue to fall on the central government’s desk.

But what “coverage” actually means is up for debate. Every ambulance the government puts on the streets is run non-stop, suggesting that demand is far higher than what the government has funding for. Meanwhile, most rural areas aren’t even under consideration for integration into the national system, a particularly concerning issue in a country widely recognized among the world’s most dangerous countries for drivers.3

Other challenges include expanding access to training beyond the two biggest cities and integrating communications with volunteer fire departments and community response groups into the central call centers.

While the formality, regulation and professionalism the government is instituting is much needed, it will have to remain vigilant of implementing a management structure that is too top-heavy to adequately serve their operations—something that becomes painfully evident when their limited resources are overwhelmed, whether from a bus rollover or a hurricane. Of course, the system isn’t even five years old, making the progress made thus far nothing short of impressive. 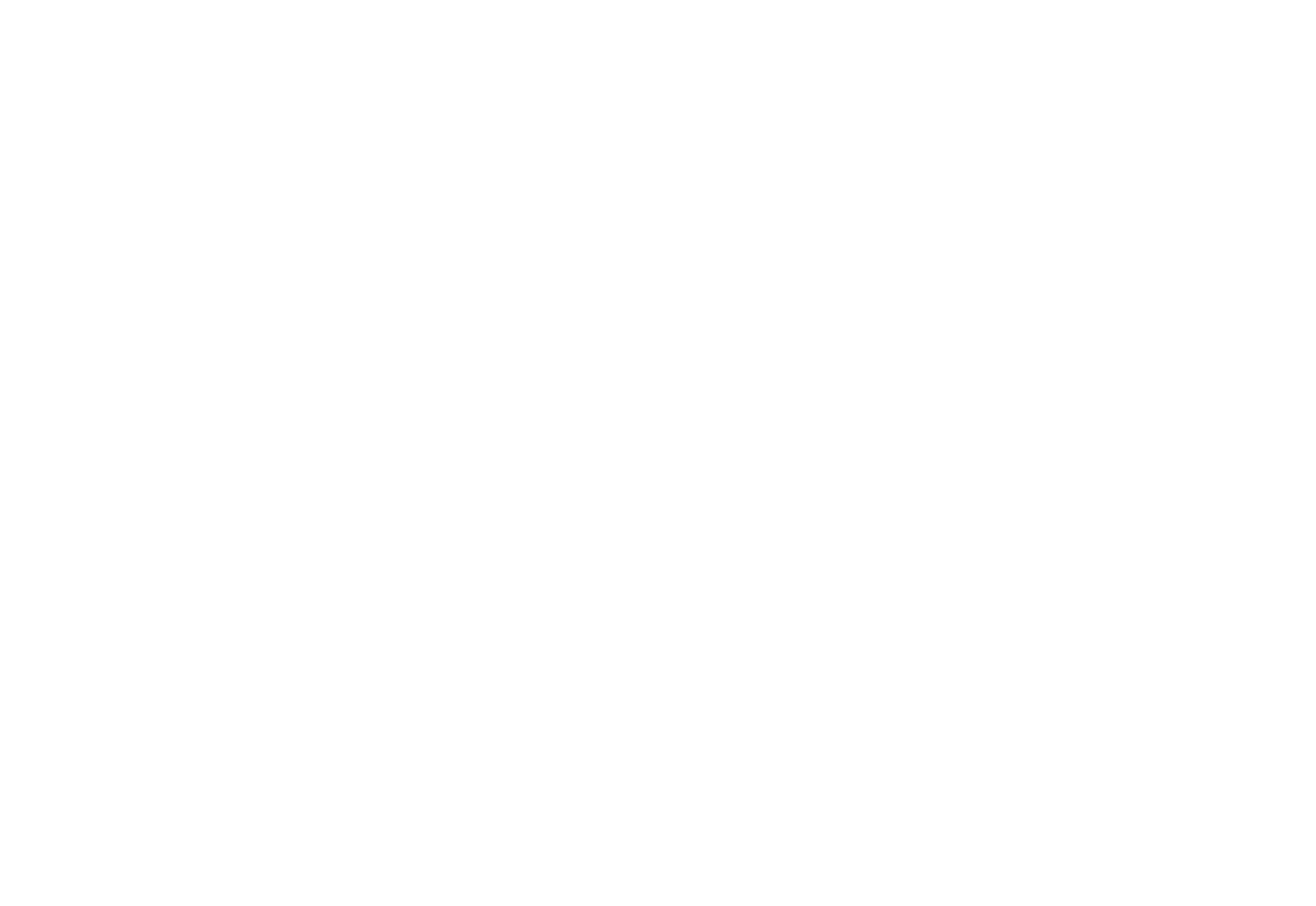 At first glance Port-au-Prince may seem the most difficult capital city in the western hemisphere in which to develop a reliable EMS system. Any casual survey of the city will make it clear that traditional ambulance systems won’t get the job done. Objectively speaking, the city’s geography, roads, and traffic pose the biggest problems: Nearly 70% of the city’s population is inaccessible by road; most existing roads through the capital are perpetually congested, with only one lane of traffic in each direction; and the roads that do exist are largely not ambulance-friendly due to a lack of upkeep and/or difficult topography. As a result, the standard ratio of one ambulance for every 50,000 population, if achieved, would increase costs exponentially, slow traffic still more, and do little to improve timely access to responders.

Nonetheless, significant efforts have been made to improve access through the emergency number 1-1-6, thanks in large part to support from a range of international partners, including foreign governments, international aid agencies and nongovernmental organizations, and homegrown community-based organizations.

While robust support from the international community seems to be an advantage, one could also argue that the breadth and mix of international partners involved in development efforts is precisely the problem, whether owing to fundamentally different understandings of what constitutes a formal emergency response system, the competing interests of innumerable international players fueled by varying incentives, or a lack of coordination between all stakeholders, foreign or national, in the field.

All these factors were brought to light with the 2010 Haitian cholera outbreak, which spawned the introduction of *3-0-0, a new, separate emergency response hotline launched specifically to combat the outbreak. While premised on well-intentioned and arguably evidence-based advice from respected international partners, the new emergency number essentially duplicated the problems faced by 1-1-6 while also inadvertently creating a new competitor to the official EMS provider and ultimately diverting desperately needed support and resources to be focused solely on cholera.

One could argue that the government’s decision to use *3-0-0 to report and respond to all suspected cholera cases, as well as serve as a public health hotline to provide information about cholera prevention and treatment, essentially turned *3-0-0 into a hybrid 3-1-1/9-1-1 system and condemned 1-1-6 to a second-rate status lacking official government support. Several years later, *3-0-0 is no longer in service and government support for 1-1-6 continues to ebb and flow.

Nonetheless, definite, tangible solutions exist to permanently improve Haiti’s emergency response services both inside and outside the capital city, and these solutions need not break the bank to be successful. Unlike emergency services in the wealthiest nations, however, ambulances in Haiti should not be expected to perform every response and transport.

Instead, innovative models that restrict ambulances to clearly prescribed roles (such as interfacility transfers or relay configurations) and employ a tiered system to provide initial assessment and stabilization by responders on motorcycles who can determine the need for transport would likely find far more success and for far less money.

To make the most out of local and international assistance and prevent further fragmentation, the Ministry of Health could also consider developing a framework structure for emergency response at the community level that would meet local healthcare needs without impinging upon cultural realities and provide ample opportunity to leverage international (i.e., short-term) assistance without undermining local leadership. 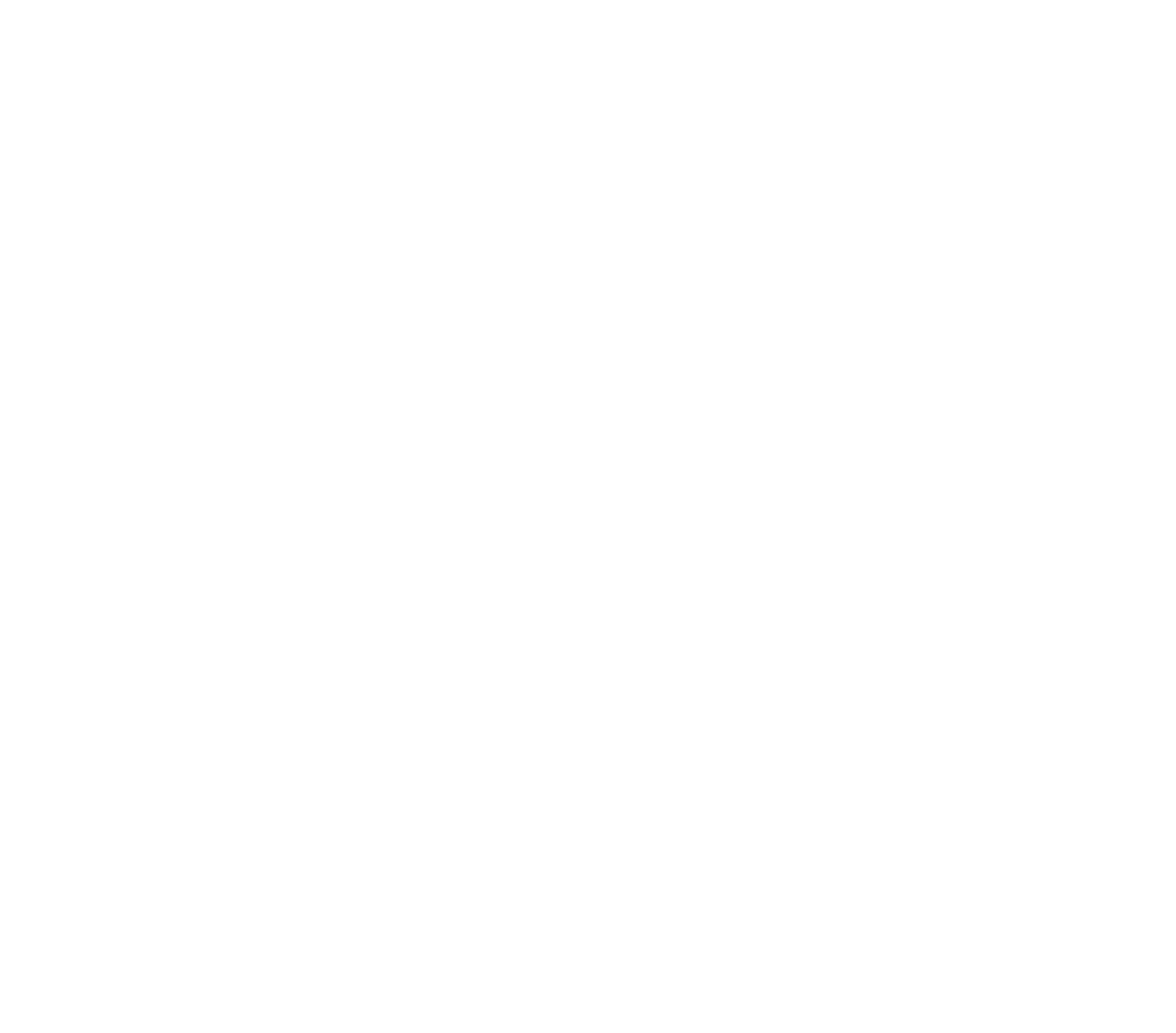 Crippled by an American embargo against most imports since 1962, Cuba has come to define resource-limited settings and making do with little. Having few expectations of acquiring rescue vehicles from wealthier nations, whether donated or purchased, Cubans take it as a given that prehospital emergency care won’t be provided by a fleet of ambulances. As I wrote in a previous article for EMS World, during a two-week trip to Havana in 2015, I heard sirens only once, and they were probably from a police car.4

This is not to say, however, that Cuba’s emergency medical services are nonexistent or even ineffective. It’s quite the opposite, in fact, and has to do with innovation and a judicious use of limited resources. While it’s admittedly difficult to verify the information shared by official Cuban government sources, casual conversations with everyday folks, a few site visits, and several long discussions with field-level Cuban paramedics helped paint a telling picture of how things work in Cuba and revealed an innovative strategy clearly born of necessity. Because Cubans understand the money doesn’t exist to purchase and sustain a “proper” EMS system, they rely instead on a three-pronged approach that seeks to keep problems from getting worse.

The first pillar of this “anti-EMS” trifecta is the existence of a strong community-based healthcare system in which every person in every community is assigned to a local physician from birth and vigilantly monitored to keep medical problems from getting worse.

The second pillar is militant public health messaging, which literally indoctrinates the public in a culture of healthy living. An interesting effect of this public messaging is that it’s helped convince the public that if they see someone with an acute medical condition, they understand that person needs to get to the hospital, where limited resources are best utilized.

Thus the presumed disadvantages of not having formal ambulances for emergency response are countered by essentially making everyone a basic responder and every vehicle a potential ambulance.

The third pillar is a judicious use of limited resources: Once you get to the hospital, Cuba has a sophisticated network of interfacility transfer vehicles and referral hospitals at the regional and national levels that ensure the most can be done with the resources they have. In this regard, as in many other aspects of Cuban healthcare, other developing countries could learn much from this isolated island. Whatever you want to say about communism and Castro, the Cuban healthcare system can go toe-to-toe with the wealthiest nations on many health outcome indicators.

While only a short plane trip from the U.S., the northern Caribbean is worlds away in the availability and performance of prehospital EMS. But things are changing, and there’s plenty of evidence to show the possibility of new, innovative models that can achieve results comparable to the wealthiest countries, at a fraction of the cost.

In many regards the United States, Canada, Western Europe, and a handful of other places have already done a lot of the grunt work in discovering how to most effectively deliver reliable prehospital care to communities. It will be the responsibility of health leaders in developing countries to determine what is and isn’t applicable to the challenges they face—whether financial, cultural, topographical, or infrastructural.
If the solutions depend on merely replicating what has been done in wealthier nations, good money will be wasted, positive results will be scarce, and the public’s trust in future emergency services will be difficult to regain. Anyone who lives in a hillside shantytown doesn’t need an advanced degree to tell you that ambulances will never get to their front door.

So the next time you’re in the Caribbean, take a second to put yourself in local responders’ boots and ask yourself what would really need to happen there to meet the standards we set for ourselves—what would they require to make sure anyone could call for help when it was needed and get it within 10 minutes 90% of the time? If your answer is honest—and doesn’t assume money grows on palm trees—I can assure you it will have little to do with ambulances, advanced life support, or fire stations, and more to do with motorcycles, basic life support and community responders with mobile phones, if it’s going to work.

3. The Economist. Gone Too Soon, https://www.economist.com/blogs/americasview/2014/10/road-safety-dominican-republic.

4. Friesen J. For  Whom the Bells Toll: Cuba Stares Down Sea of Change in EMS Delivery. EMS World, https://www.emsworld.com/article/12123703.

Original print article in EMSWorld (May 2018)