Trek Medics is dedicated to reducing preventable death and disability by improving access to emergency care for at-risk and vulnerable populations through innovative mobile phone technologies.

We do this primarily through our Beacon Emergency Dispatch Platform

Designed by Trek Medics International, Beacon makes emergency dispatch possible anywhere there’s a mobile phone signal by relaying requests for emergency assistance as text messages to the nearest trained responders — with or without internet on any mobile phone. Beacon works as a wireless emergency alert system and automates the dispatching process by guiding the nearest available emergency care providers to quickly locate, treat, and transport emergency victims to healthcare facilities.

And now you can set it up on your own.

Beacon was built to improve access to emergency care anywhere.

Today, with the release of our new Beacon Emergency App for iPhone and Android platforms, and the launch of the new do-it-yourself dispatch portal, we’re confident Beacon is the most complete dispatching platform available today at the most affordable rate.

We’re seeking a seasoned and ambitious professional to join our leadership team in the execution and management of the organization’s field programs, software development, administrative operations, and business development activities globally

Trek Medics was born in the back of an ambulance when its founder, Jason Friesen, realized his career as a paramedic wasn’t offering too many options to work outside the ambulance. Not wanting to leave the skills he’d learned behind, he headed south of the U.S.-Mexico border to see how ambulance systems were developed where resources were hard to come by. In Tijuana, he saw how a very high-volume urban system could deliver quality care with moderate resources, but outside the big city it was evident how rural communities were more reliant on informal response systems to get help when it was needed. Intrigued by the dignity and self-reliance of these “primitive” services, and the last-resort safety net they provided, Jason was convinced there were more efficient ways to build EMS systems without all the resources typically used — and there were clearly local community member who were already making it work. Seizing on the opportunity, he started researching prehospital systems development in low-resource settings, put up a web site to start collecting and compiling the data, observations, and links he was finding, and almost overnight people started reaching out, presenting him with new opportunities to improve emergency medical systems in far-flung places. In the course of doing so, Jason felt like he was pulling back the curtain, every so slightly, on what was turning out to be one of modern society’s greatest challenges: How does a community guarantee its people a reliable way to get help whenever it was needed? Or more practically, what’s the quickest way to the hospital anywhere   It turned out this was a question most communities in developing countries still hadn’t come up with a uniform answer to.

With the generous support of:

Finias Joel, Responder of the Year

If you’re looking for help setting up Beacon, watch the videos below. If you have questions about the Beacon platform, visit our Support page. If you still have questions, send us an email using the contact form below.

What can Beacon do for you? 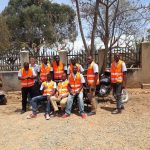 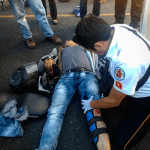